Chinese start-up SpaceTai has claimed its 3D printing technology is capable of slashing rocket production costs by as much as 80 percent.

Although a relatively new arrival on the space scene, SpaceTai says it can manufacture almost all its rocket parts using its self-developed 3D printers in order to cut costs.

With its first suborbital test flight slated for 2023, the firm could potentially challenge the likes of Elon Musk’s SpaceX, Rocket Lab, Orbex, Relativity Space, and others leveraging 3D printing in the race to space in years to come. 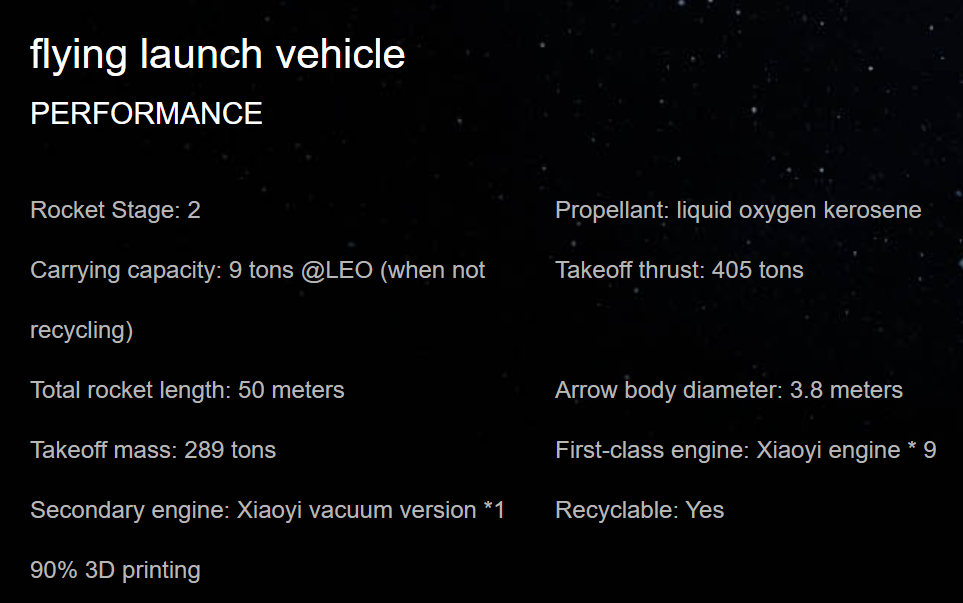 The specifications of SpaceTai’s Flying launch vehicle. Image via SpaceTai.

Established in March 2021, SpaceTai is a newcomer to the space industry with sizeable intentions. The firm aims to bring rocket production costs down to below one-fifth of the current average by means of its own 3D printers specifically developed for fabricating rocket parts.

The company says it is able to manufacture 90 percent of the parts used in its rockets via 3D printing, which will cut production costs significantly.

Two models of the xiaoyi are being developed, and will reportedly have thrusts of 20 and 30 tons at sea level. The engines can be manufactured on SpaceTai’s own metal 3D printer in just 30 days, the company claims, and it is also working on a next-generation engine called “juyi”, or “huge ant”. Once complete, the juyi could boast thrusts of up to 200 tons at sea level.

The engines will power SpaceTai’s recyclable Flying and Flying H launch vehicles, which will both be 90 percent produced via 3D printing. At 50 meters long, the Flying rocket will be capable of carrying a nine-ton payload into Low Earth Orbit (LEO), while the Flying H, also spanning 50 meters, will carry 25 tons into LEO.

SpaceTai is developing an additional specialist 3D printer geared to the manufacture of rocket fuselages, which it aims to 3D print over the course of three months. This manufacturing line is currently under construction at the firm’s Shanghai plant.

In addition to developing its rocket-building 3D printers and subsequent components, SpaceTai is also building an online inventory of metal 3D printing services which it hopes other industries will make use of. To reach its rocket production goals, the company estimates it will require in the region of $94.6 million investment for R&D purposes and for the construction of its plants. 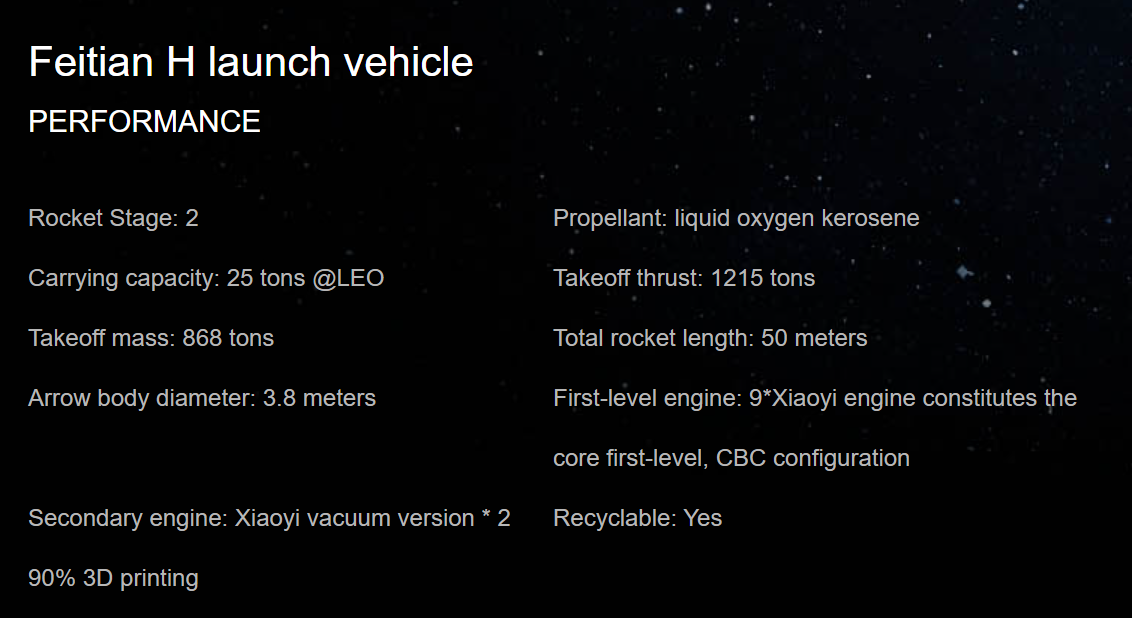 Although SpaceTai is making some bold claims in terms of the production efficiencies it can achieve with its rocket 3D printing technology, it is far from the only player in the field making significant progress.

In the last year alone, Rocket Lab has been awarded upwards of $24 million by the US Space Force to fund the R&D of its next-generation Neutron launch vehicle, while private aerospace firm Launcher has reached a new testing milestone with its 3D printed E-2 rocket engine at NASA’s Stennis Space Center.