Astronauts on the International Space Station (ISS) are testing 3D bioprinted bandages made of their own cells that could be used to better heal flesh wounds in space.

The German Space Agency (DLR) is leading the experiment which was launched to the ISS at the end of December 2021 on SpaceX’s 24th commercial resupply mission. The payload contained the BioPrint FirstAid Handheld Bioprinter, which is designed to hold cells from astronauts within a bioink that can be used to apply bandages to wounds when needed.

While the experiment offers a promising tool for wound healing in space environments, it could also provide significant benefits back on earth, too. 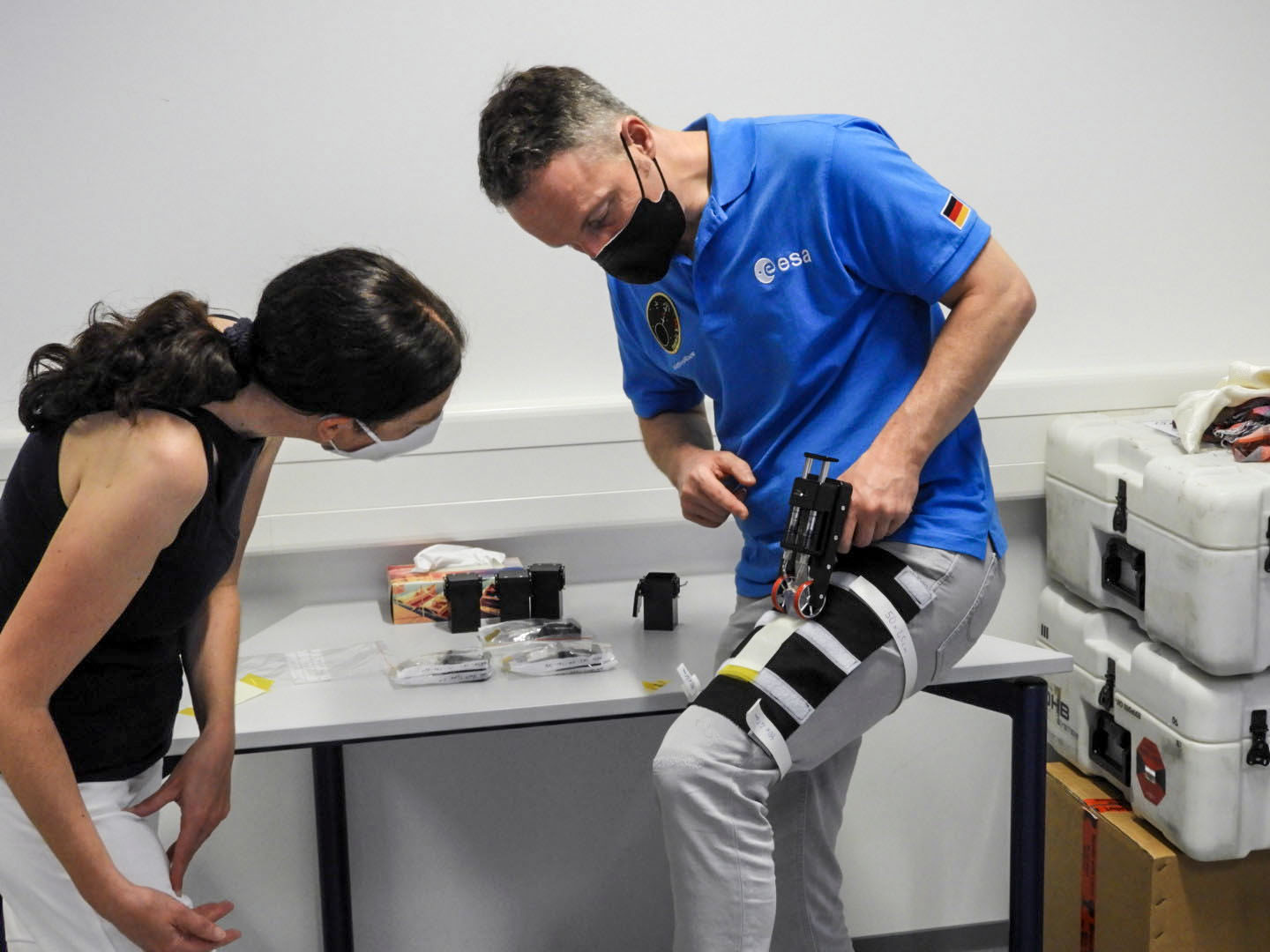 Now onboard the ISS, the technology demonstration project aims to verify the use of the BioPrint FirstAid device for applications both on earth and in space. Throughout the project, the researchers will leverage the station’s microgravity environment to optimize bioprinting materials and processes in order to achieve viable and functional tissues for wound healing.

Under microgravity conditions, there are certain absences, such as the pressure of different layers containing cells and the potential sedimentation effect of living cell stimulants. This means the stability of the 3D printed tissue patch and its gravity-dependent crosslinking process can be better analyzed for future applications.

While the use of bioprinting for skin reconstruction is a fast-developing application, it typically requires large bioprinters that first print the tissue, allow it to mature, and then implant it into the patient. The researchers are hoping the BioPrint FirstAid will speed up and mobilize this process, due to its portable handheld nature.

The device is designed to cover a wound area on the skin by applying a bioink laden with an individual’s skin cells that acts as a patch and accelerates the healing process. Researchers on the ISS will focus on adapting the BioPrint FirstAid device for easy application within missions in extreme habitats on Earth and in space.

The prototype device onboard the ISS is dedicated to “research only”, and contains no cells. The device consists of a dosing device in the handle, a print head, support wheels, and an ink cartridge where the bioink will be stored. For this set of experiments, the cartridge will contain a substitution ink without cells and a crosslinker.

The ink will be applied to the limb of a crew member wrapped in foil, with the approach also tested with human cells for comparison back on Earth. The goal of the project is to compare the distribution pattern of the printed samples on Earth with those printed in space in order to assess its applicability under space conditions for future off-world missions and for application on Earth. 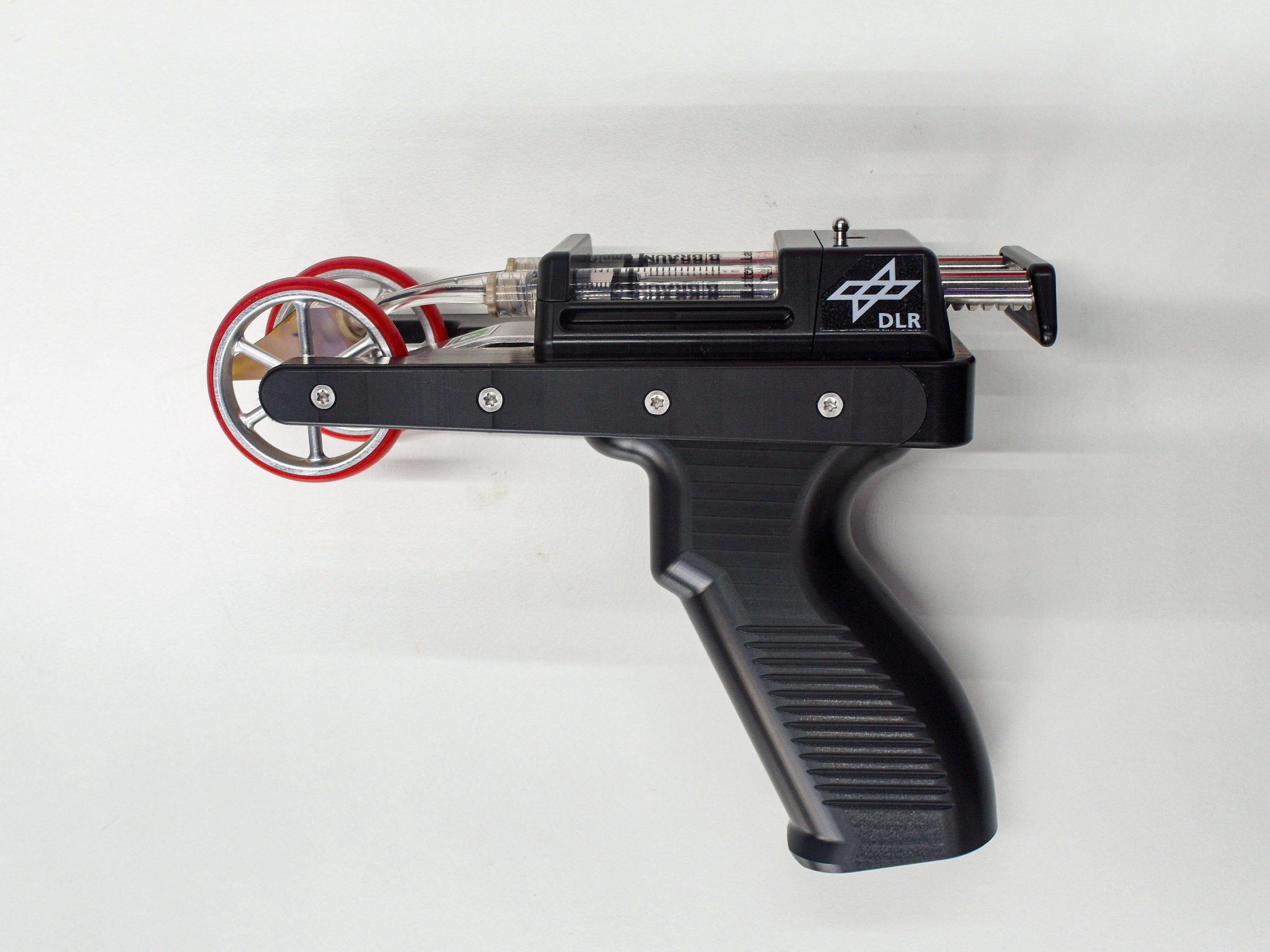 Although living cells are not being used with the BioPrint FirstAid device just yet on the ISS, the project hopes to deliver crucial findings to develop the technology for future missions and for important applications here on Earth.

Regarding off-world missions, it is important to accurately identify human health risk factors in relation to the surrounding environmental conditions, NASA says. As such, it is vital that the most efficient and cost-effective ways to prevent these risks are comprehensively assessed.

For instance, wound healing in space environments can make the treatment of larger injuries more complicated, with low gravity found to increase healing time in some cases. Bioprinting living tissue offers a promising tool to overcome this issue, as an astronaut’s own cells could be extracted prior to the mission and deployed immediately using the BioPrint FirstAid as a treatment in case of an emergency. In this regard, having a personalized wound healing patch in space would be of great benefit.

Meanwhile, the project’s findings could help to improve wound healing technologies and other regenerative treatments back on Earth. Since the BioPrint FirstAid uses a patient’s own cells, rejection of the personalized wound healing patch by the immune system is far less likely.

The technology also provides greater flexibility for treating wounds of different sizes and positions, while the device’s portability could potentially allow physicians to take the device to an immobile patient providing their cells were cultured in advance. 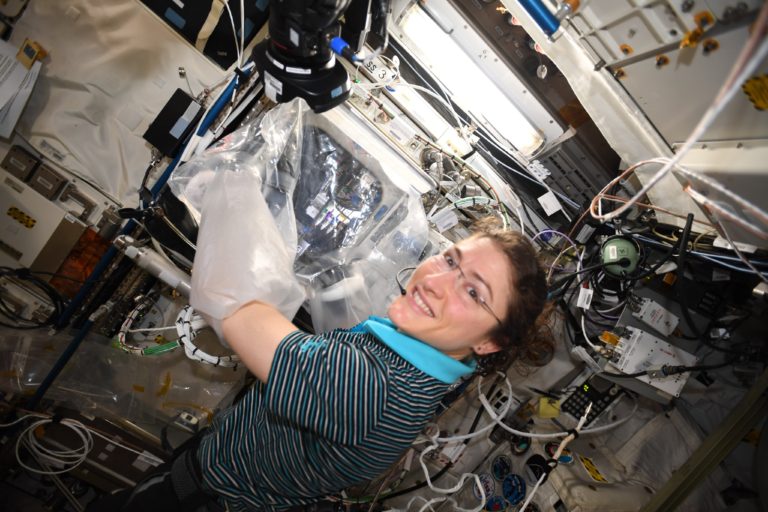 Astronaut Christina Koch using the BFF on board the ISS. Photo via NASA.

Bioprinting on the ISS

The BioPrint FirstAid project is not the first to explore and realize the benefits of microgravity bioprinting in space.

In 2018, Russian research laboratory 3D Bioprinting Solutions sent its 3D bioprinter, the Organ-Avt, to the ISS to carry out experiments for printing living tissue in space.

Meanwhile, the 3D BioFabrication Facility (BFF) bioprinter from 3D printing systems manufacturer nScrypt and spaceflight equipment developer Techshot also made its debut on the ISS in 2019. A payload containing 3D printed supplies for the BFF was sent to the ISS the following year, containing human cells, bioinks, and a new set of 3D printed ceramic fluid manifolds.