Engineering the Future of Racing

Around 83% of oil and gas companies are considering adopting 3D printing or on-demand manufacturing to meet their spare part production needs, according to an industry report.

Published by digital manufacturing provider Protolabs, the ‘Decision Time’ survey has revealed how firms in the oil services sector intend to adapt to sustainability challenges, by engaging in Manufacturing-as-a-Service (MaaS). In doing so, the report says that the industry aims to cut its costs, reduce its CO2 emissions and adapt to the “green energy transition.”

“The sector’s appetite to secure a long-term future means that companies are branching out into other industries and extending their capabilities,” explains Bjoern Klaas, VP and MD of Protolabs Europe. “With the energy transition revolutionizing the sector, combined with a much lower profit environment, it is imperative that companies continue to innovate and embrace renewable markets.”

“INNOVATION AND TECHNOLOGY ARE HALLMARKS OF OILFIELD SERVICES, WHICH IS ENCOURAGING GIVEN THE EXTRAORDINARY PRESSURES ON THE SECTOR.” 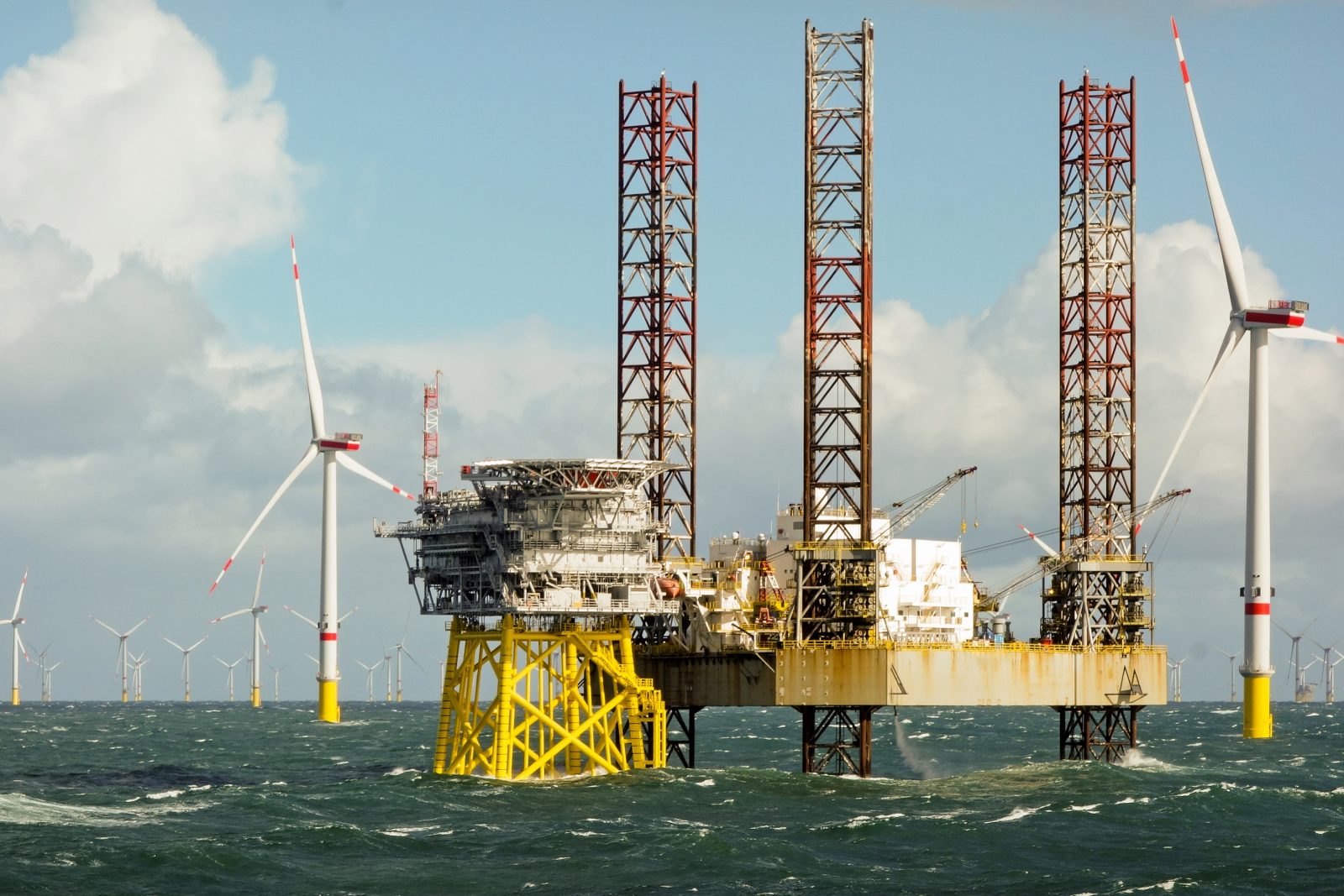 According to Klaas, Protolabs’ survey shows that the oil and gas sector values “environmental credibility.” Photo via Protolabs.

Signed in 2015, the Paris Climate Agreement introduced legally-binding emission targets that are effectively designed to slow down global warming as much as possible. While these will no doubt have a positive environmental impact, they also put significant pressure on the oil and gas industry to change, and adapt to demand for greener energy sources.

To find out how those in the oil services sector plan to achieve this, Protolabs spoke to over 180 of the industry’s leaders, including management at Welltec and Swire Energy Services, over the summer of 2021. Crystallized in the firm’s Decision Time report, the survey’s results reveal that the vast majority of oil and gas firms believe their trade needs to innovate, in order to secure its long-term future.

As well as adopting 3D printing and ‘MaaS,’ 87% of the survey’s UK respondents said that they now plan to implement robotics and automation, to streamline their spare part production. Over the next 12 months, 76% of participants also revealed that they intend to outsource component manufacturing to ‘specialist suppliers,’ while 80% said they aim to shorten their supply chains to avoid instability.

Interestingly, some 74% of those that took part, concluded that the green energy transition has caused them to redefine their business as well, and they expect 64% of their projects to be away from fossil fuels by 2026. As a result, Klaas says the findings show that the oil and gas sector is taking “environmental credibility” and becoming “sustainable in the global marketplace” seriously.

“That the oilfield services sector, and the wider energy sector, will transition to renewable energy is well understood,” concluded Klaas. “But this report makes it clear that the transition is already being undertaken along the supply chain.” 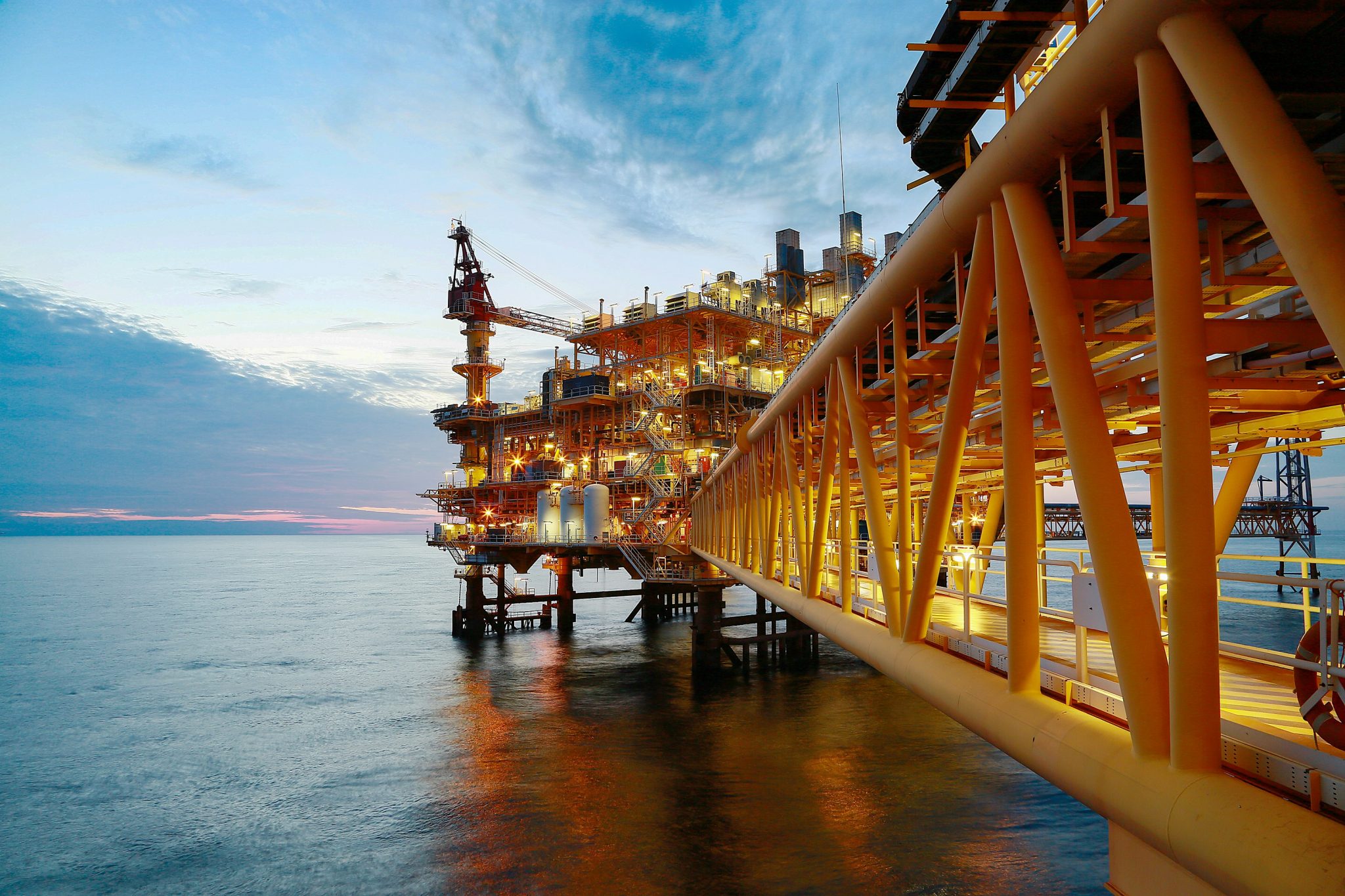 87% of respondents said that they’re now planning to adopt automation or robotics within their oil and gas operations. Photo via Protolabs.

As the world begins to turn away from fossil fuels, and the oil and gas sector becomes ever-more competitive, firms are increasingly seeking out ways to cut their costs. To achieve this, many are weighing up outsourcing part production to 3D printing bureaus, in the hope of reducing their rig downtime, while others have adopted the technology in-house with the aim of avoiding supply chain volatility.

In the past, one of the barriers to oil and gas 3D printing has been establishing a parameter set for producing parts with the corrosion resistance and thermal stability needed for end-use application. However, progress is being made in this area, with certification firm DNV GL recently releasing a service specification document, that’s designed to support 3D printing’s take-up within oil and gas.

The industry itself has also shown a keen interest in additive manufacturing, through its strong participation in DNV GL’s ‘Joint Innovation Projects’ last year. Organized to establish guidelines for the production and qualification of marine, oil and gas WAAM and PBF 3D printed parts, the initiative attracted the likes of BP, Shell and Total, as well as the expertise of Sandvik, Siemens and Additive Industries.

In more practical applications, Energy services provider Hunting PLC recently announced that it had bought 27% of Cumberland Additive, marking its first move into 3D printing. While the company hasn’t outlined exactly how it intends to market the technology to its oil and gas clientele, it says its investment will provide it with “new market opportunities,” in “sectors complementary to its core competencies.” 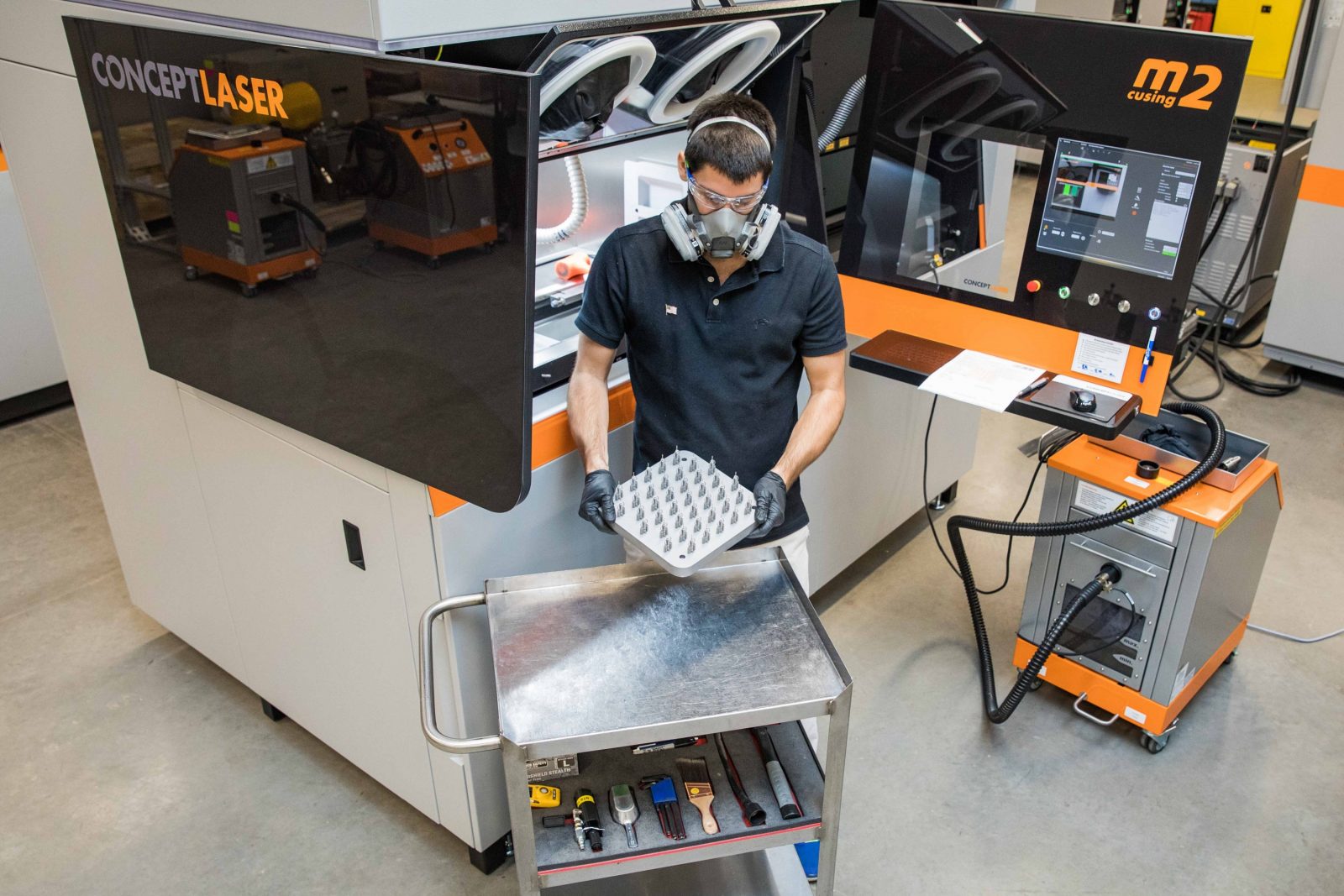 With its latest survey, Protolabs has effectively identified an opportunity for 3D printing as a means of distributed manufacturing in the oil and gas sector, an industry that it has shown a growing interest in. In May 2021, for instance, the firm gained ‘Qualification of Manufacturer’ certification from DNV GL, in a move that showed its DMLS printed parts meet the stringent demands of the oil industry.

Since then, the company has published another study, investigating the challenges facing Europe’s battery industry. Again, Protolabs’ survey revealed that some 82% of respondents either plan to, or are either currently, developing AM capabilities over the next 12 months, essentially creating opportunities to address the needs of those that choose to outsource, with its services.

More broadly, Protolabs’ continued expansion, including its $280 million Hubs acquisition, saw its revenue reach record levels during Q2 2021. Once it has fully-integrated its subsidiary, the company expects to leverage its acquired 3D printing capabilities to increase sales from its existing base, and grow into new areas.

The full report can be found in the study titled: “Decision time: Oilfield services is at a crossroads, what does net zero mean for Europe’s oilfield services companies?,” published by Protolabs.