Using single-track printing data and machine learning (ML), the researchers have been able to uncover the ideal system and material set up for repeatedly creating flawless parts with uniform properties. Compared to existing parameter-optimizing methods, the team say theirs is less expensive, time-consuming and generally much simpler, potentially lending it aerospace, automotive or defense applications.

“Our original challenge was making sure there are no pores in the printed parts because that’s the obvious killer for creating objects with enhanced mechanical properties,” said Texas A&M’s Raiyan Seede. “In this study, we have taken a deep dive into fine-tuning the microstructure of alloys, so that there is more control over the properties of the final printed object, at a much finer scale than before.” 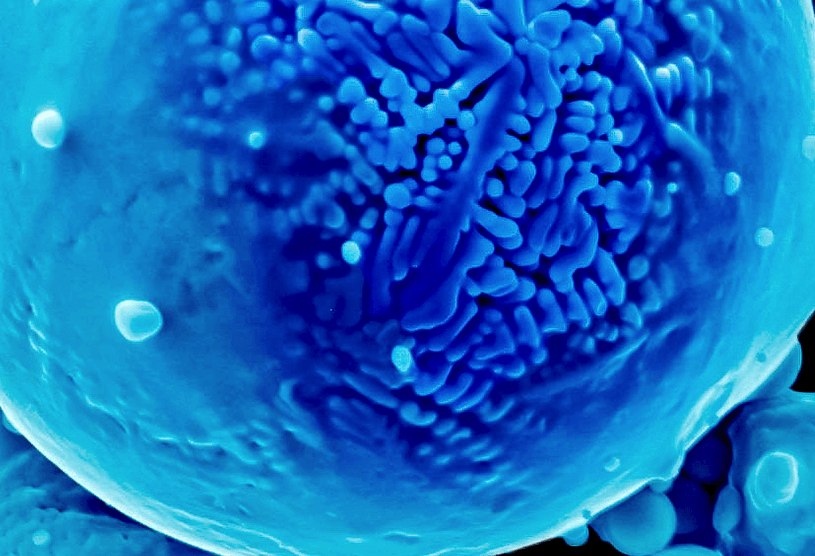 A colorized electron micrograph of a nickel powder alloy used in the team’s study. Image via Texas A&M University.

While the growing number of LPBF-compatible alloys is great for manufacturers seeking to create complex parts with specific properties, the diversity of these metals also makes identifying an ideal parameter set for them difficult. Such powders often include a mixture of nickel, aluminum or magnesium, that once printed, cool at different rates, which can cause ‘microsegregation’ to occur.

“Imagine pouring salt in water,” explains Seede. “It dissolves right away when the amount of salt is small, but as you pour more salt, the excess salt particles that do not dissolve start precipitating out as crystals. In essence, that’s what is happening in our metal alloys when they cool quickly after printing.”

When this happens during solidification, flaws sometimes emerge in the resulting parts that impact on their mechanical properties, and ultimately limit their applications. In the past, heat treatments have been used to combat such microsegregation, but these can result in coarse grain structures, and their compatibility with nickel-based superalloys is often limited.

To get around this, previous researchers have sought to tailor the composition of affected metals and identify an optimized processing parameter set. However, this too can be an expensive task, and yield complex results that can’t be easily converted into inputs, thus to create a more systemic approach to processing alloys of all compositions, the Texas A&M team decided to turn to ML technologies. 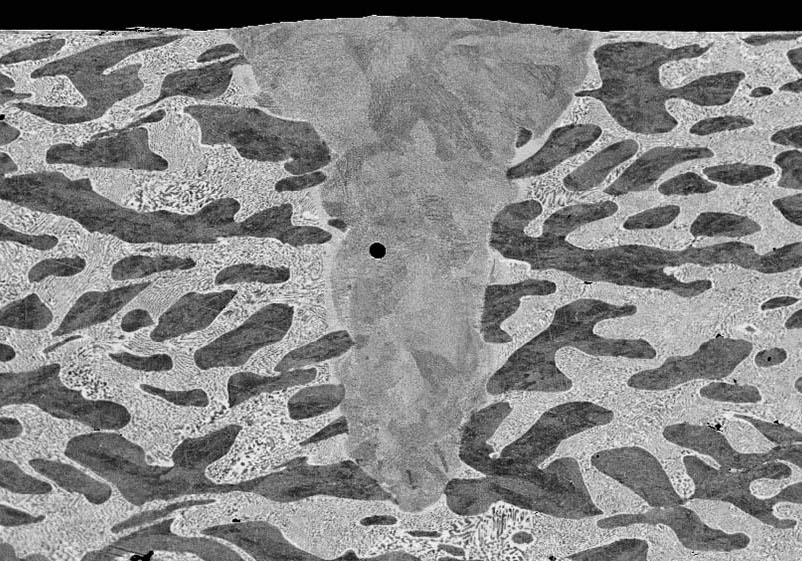 Having identified solidification speed as key to avoiding defects, and realising that increasing scanning velocity may not be feasible in some cases, the team opted to map how alloys behave to develop a means of ‘controlling’ the process instead.

To gather the required data, the researchers investigated the behavior of four nickel-based alloys during printing, with each including different concentrations of zinc, zirconium and aluminum. A total of 46 single-track laser tests were then carried out, in which the metals’ physical states were monitored at different temperatures, yielding data that could be converted into detailed phase diagrams.

Once the team had determined how chemical composition could be optimized to achieve minimal microsegregation, they carried out further experiments to find out how laser settings affect part porosity too. Interestingly, alloys with higher melting temperatures were found to be more susceptible to keyhole defects, as they exhibited shallower melt pool structures, which resulted in a lack of fusion.

Later, with the aim of finding additional trends in the data they’d collected, the researchers fed it into a machine learning algorithm, which was trained to calculate a given part’s potential error rate and level of accuracy. Results showed that as predicted, temperature, laser power, partition coefficient, and freezing range all had an impact on the resulting model, but scan speed was the most important input.

Backed by the United States Army Research Office and the National Science Foundation, the team say that their research has yielded a simplified method of 3D printing crack-free parts with any alloy, that could now be adopted within a wide variety of industries.

“Our methodology eases the successful use of alloys of different compositions for AM without the concern of introducing defects, even at the microscale,” added Ibrahim Karaman, Head of Texas A&M’s Materials Science and Engineering Department. “This work will be of great benefit to the aerospace, automotive and defense industries, that are constantly looking for better ways to build custom metal parts.” 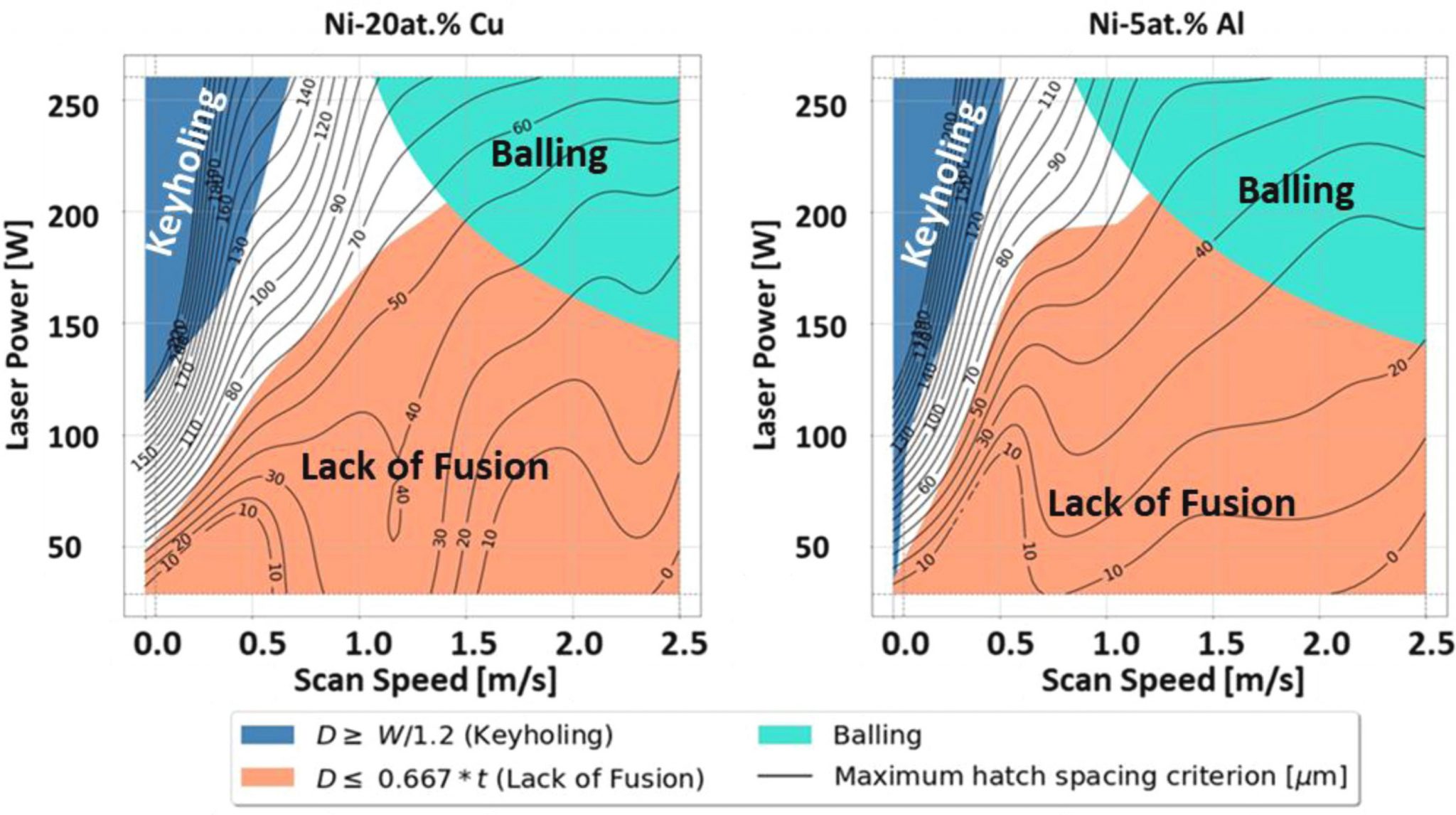 The team’s LPBF process parameter maps with finalized selections of keyholing criteria. Image via the Additive Manufacturing journal. Striving for defect-free AM

During the last year alone, significant progress has been made into assessing exactly how the parameters of LPBF systems can be tweaked to achieve the best possible results. Using simulations and high-speed video, a team at Lawrence Livermore National Laboratory has recently managed to precisely pinpoint the causes of microcracking in tungsten.

Much like the Texas A&M team, a collaborative of Chinese and U.S researchers has also found speed to be a vital variable in metal 3D printing. Through X-ray imaging, the scientists assessed the cause of J-shaped bubbles which formed on printed objects, and established a LPBF ‘speed limit’ at which this part defect was less likely to occur.

In August 2020, another group of researchers from Texas A&M deployed an ML approach alongside Argonne National Laboratory to develop a means of predicting defects in 3D printed parts. By drawing links between thermal history and the formation of subsurface defects, the team theorized that it could be possible to detect voids during production, and abandon any prints prone to structural failure.

The researchers’ findings are detailed in their paper titled “Effect of composition and phase diagram features on printability and microstructure in laser powder bed fusion: Development and comparison of processing maps across alloy systems.”