Whether it be Shelly-Ann Fraser-Pryce’s 3D printed running shoes or the French Cycling Federation’s custom-made handlebars, Olympians often put their trust into additive manufacturing when it comes to personalizing gear, in an attempt to grab those last few tenths of a second that could mean the difference between success and failure.

Now, with the Tokyo 2020 Olympic games just over a month away, running from July 23 2021 to Aug 8 2021, a new generation of athletes have turned to 3D printing in order to gain a competitive edge, and this time, even the event’s organizers have got involved.

Working with the Tokyo 2020 Organizing Committee and the International Olympics Committee (IOC), Procter & Gamble (P&G) has 3D printed 98 podiums for the games’ award ceremonies. Built out of plastic recycled from over 2,000 Japanese locations, and featuring an Olympic logo made from repurposed aluminum, the podiums are set to be used throughout both the Olympic and Paralympic Games.

“The Tokyo 2020 Podium Project helps achieve mutual sustainability goals,” explained a P&G spokesperson, “as well as expanding P&G’s longstanding larger global partnership with the IOC to help benefit the entire Olympic movement including the lives of athletes, moms and their families around the world.” 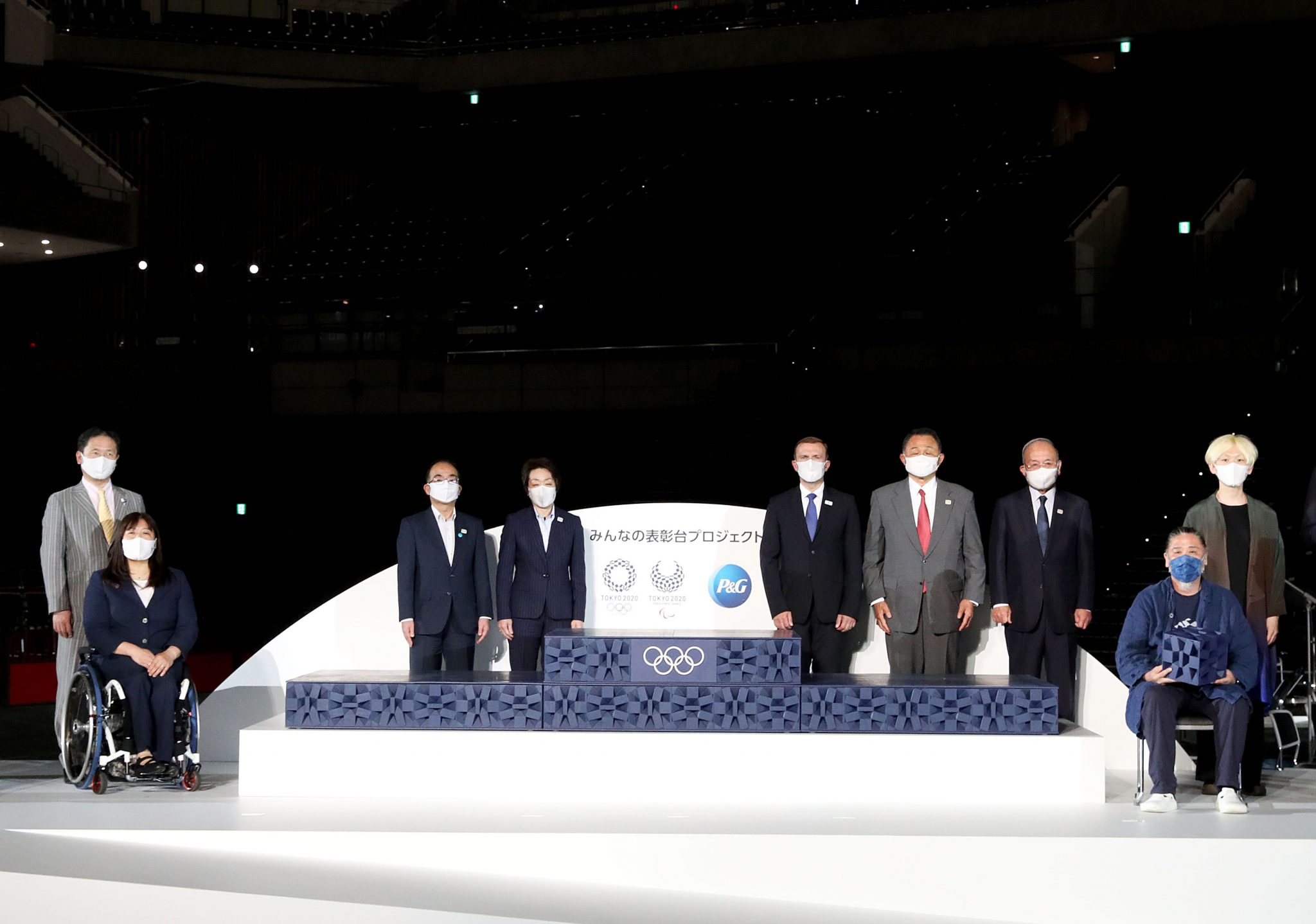 P&G has used recycled plastic to 3D print podiums for the Tokyo 2020 Olympic and Paralympic Games. Image via P&G.

Since Nike’s Zoom Superfly Elite running shoes helped power Shelly-Ann Fraser-Pryce to two more medals at Rio 2016, rival Adidas has made significant progress with 3D printed footwear of its own. Working closely with Carbon, the company has developed its Futurecraft 4D range of running shoes, which are designed to suit the movement, cushioning, stability and comfort needs of each individual wearer.

More recently, the companies have attempted to combine software and robotics to create the Futurecraft STRUNG, a trainer built in a way that allows each thread to be placed precisely to fit the contours of a runner’s foot, in addition to an upgraded 4DFWD midsole, which reportedly enables athletes to reduce their peak braking force by an average of 15%.

Adidas’ 3D printing-optimized next-gen running shoe is set to be worn by several athletes at the Olympic Games in Tokyo, including every medalist at the event, before they become readily available to global consumers from August 12 2021. 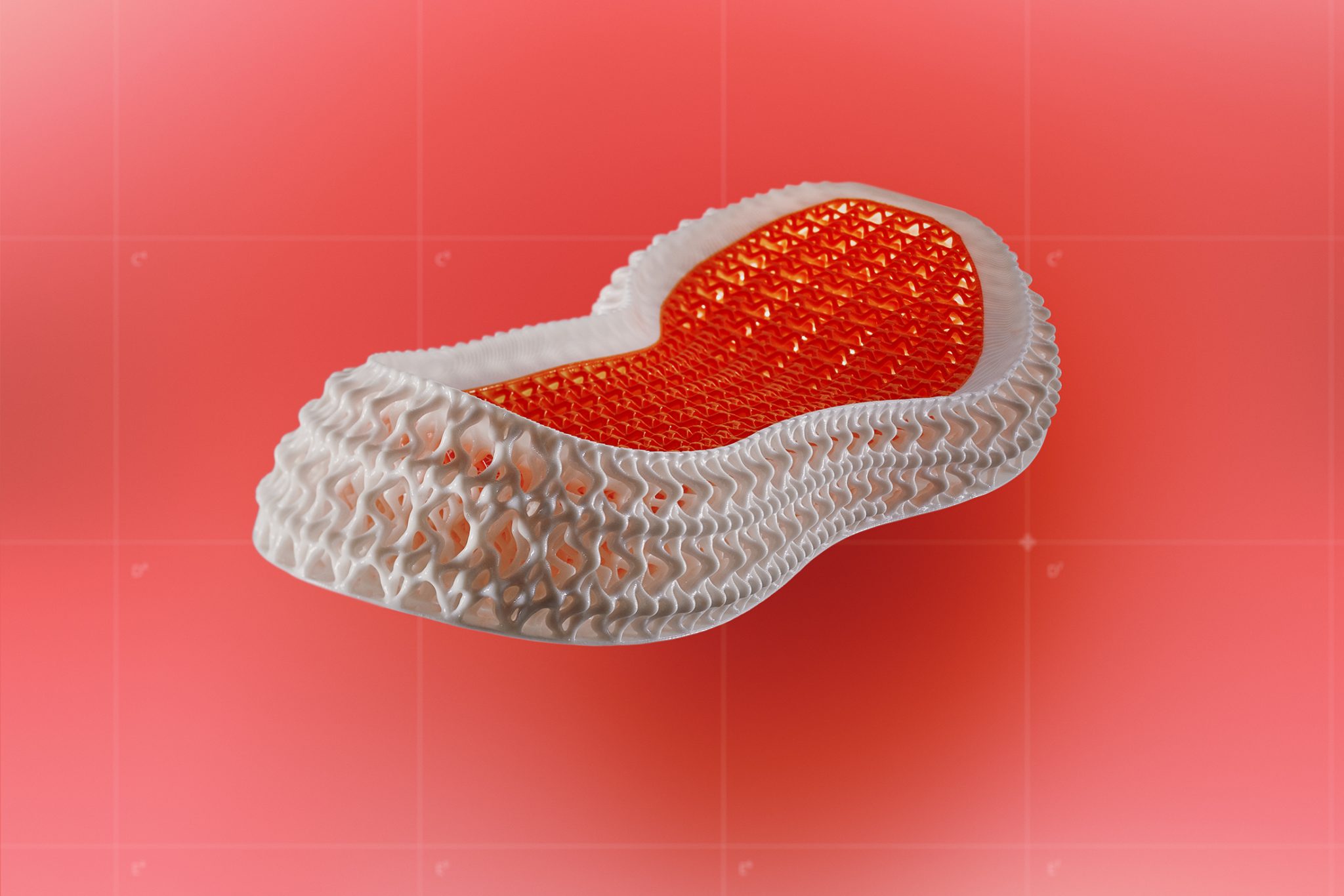 3D printer manufacturer Renishaw, meanwhile, has tried to help the chances of its home team ahead of Tokyo 2020, by partnering with Lotus Engineering and Hope Technology to design a new track bike for the Great Britain Cycling Team. Using Renishaw’s RenAM 500M system, the firms’ engineers have rapidly prototyped the ‘HB.T’ bicycle’s parts, allowing the team to enter wind tunnel testing more quickly.

Although the final version of the bike was eventually produced out of carbon fiber, Renishaw says that it was also able to additive manufacture tooling for these constituent parts, which served to further accelerate the innovative bike’s R&D, and ultimately facilitate the development of its uniquely-aerodynamic ‘front fork’ and handlebar design.

“The development of the new track bike reflects our aspiration to be the world leaders in innovation and aerodynamics,” said Stephen Park OBE, Performance Director for the Great Britain Cycling Team in a statement last year. “It has been an impressive collaborative effort with our partners to produce a research-backed and courageously innovative track bike for use in the Olympic Games.”

In order to ensure that the bike was eligible for the Olympics, the Great Britain Cycling Team gave it a competitive debut at the Minsk-Arena velodrome in Belarus from 1-3 November 2019, and fans can now expect to see it back in action when the team returns to the track during next month’s Olympic sprint races. 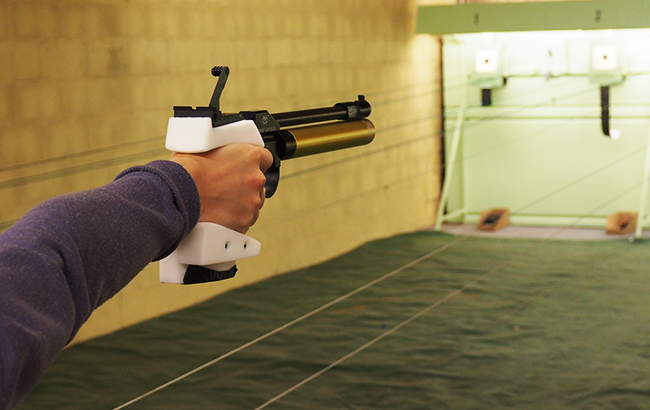 “When it comes to fitting a pistol grip, some athletes go for a heavily scientific approach. Me and my sister [who is also a competitive shooter], shoot on feel,” explained Goberville. “The pistol is right when it feels right on the shooting range. This is why we tested multiple prototypes. I believe that technology is responsible for 30% to 40% of the final result in competitive 10-meter air pistol shooting.”

During competition, Céline and her sister Sandrine shoot with CM 162el air pistols which feature a walnut grip, that also serves as a housing for its batteries and electronics, potentially making the optimization process problematic. To get around this, Zortrax 3D printed the accessory using a blend of ABS and a soluble polymer, enabling Athletics 3D to accurately recreate the original’s internal architecture.

Goberville recently deployed her handgun upgrade at the European Shooting Championships to achieve a bronze medal, so it’s more than likely that the athlete will continue to use her new accessory at the Olympic Games in Tokyo, where she has qualified to represent France next month.